"The antique tradition dictates that deep forests of larch were found here in the past, from which it seems the area has taken its name." (from Lingeri G., Moltrasio: images and documents, Como, Nani 1987). It is believed that the name Moltrasio is derived from the Mount Larici, which later became Mount Raso due to a fire or a battle with Torno, which was ransacked in 1522.

The oldest artefact found in the Moltrasio area is a copper axe, dating back to the period between 2500 and 2000 BCE. Roman coins have also been found in the area, the oldest of which dates back to Emperor Gordiano (158-238). The Via Regia passed through Moltrasio, part of the collective Roman road network which connected Rome with northern Europe - the Pasétt bridge which exists to this day is a testimony to this.

The area was devastated by plague in the 17th century. Due to the epidemic, the Romanesque church dedicated to Saint Agatha (Download PDF) was used as a hospital. In 2006, frescoes were found in the church dating back to the 16th century which had been covered for centuries by layers of lime which had been affixed to limit the spread of bacteria.

The rocky walls are characteristic of the surrounding land, which have been an important economic engine for many decades. The so-called Moltrasio stone, in fact, was made known thanks to the Comacini Masters, who exalted its qualities with their art and skillful construction of buildings throughout the province of Como. The stone is not the only characterizing element of life in the area. As early as 1722, 11 watermills were operating, forming what came to be called "The Watermills valley" along the Pizzallo stream.

Given the tranquility and charm of the zone, since the 18th century Moltrasio has been a holiday destination, evolving into a tourist destination. It is famous, in fact, for the holiday homes of well-known personalities and artists in the quiet and private villas near the lake. For example, the Villa Le Rose, home to Winston Churchill, Villa Passalacqua with verdant gardens, or Villa Salterio Eker, home to composer Vincenzo Bellini (1801-1835), who was so inspired by the waters of Pizzallo he composed La Sonnambula aria. Villa Fontanella was built by English nobleman William Currie in the beginning of the 19th century and was home to famed stylist Gianni Versace from 1977 to 2007.

The first decades of the 20th century saw several hotels in the area, including the Caramazza, the Milano, the Roma, and the Antonietta pension, which are no longer in business.

Of artistic significance are the works present in the Parish Church dedicated to Saints Martin and Agatha (Download PDF), where, in addition to frescoes, stuccos, and tempera paintings, a Holy Thorn has been kept since 1721. In one of the side altars, there is a polyptych from 1507, created by Alvise de Donati. The altarpiece depicts the nativity in the central part, surrounded by various figures of saints. 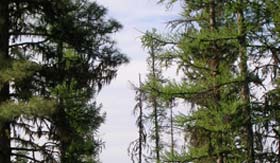 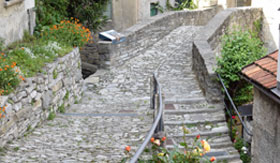 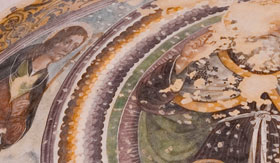 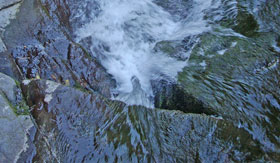 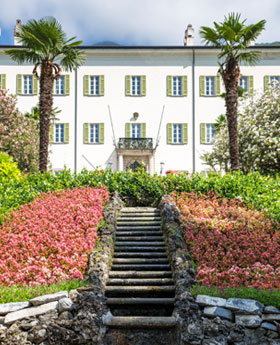 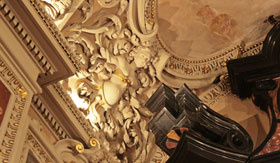 Medallions of the life of Christ
by the Recchi brothers (1647)